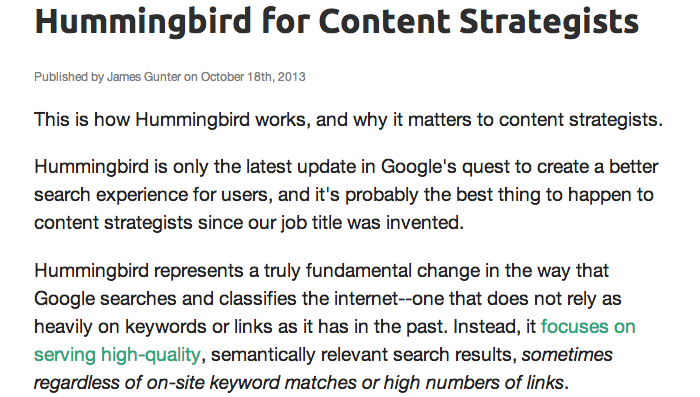 A post by James Gunter on how the current version of Google, ie, Hummingbird, works.

There are a few concepts to get your head around, like, entities and triples.

“A triple is a grammatical construction of [subject], [object] and [predicate]. (Grammar nerds, unite!)

For the purposes of analysis, a simple triple would be:

Identifying one triple is nifty, but when you can compile a lot of them, you start to see patterns and associations arise:

As these semantic constructions begin to pile up, you start to see a network of associations that link these people, places, things, and ideas. And each person, place, thing, or idea becomes an entity with associated attributes.”

I’ll write some more here when I get my head around it all, but he’s basically saying to write great content and Google will do the rest.﻿