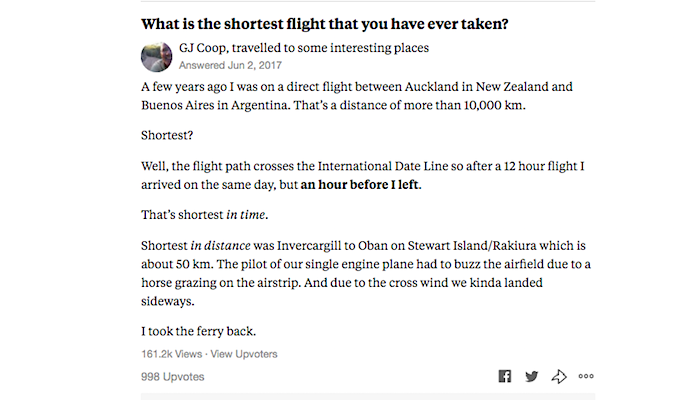 It’s a surprise when a Quora answer just takes off in numbers of views and upvotes.

One of mine started strongly, and didn’t stop on its trajectory for a week.

Now around the population of Hamilton and Tauranga combined have read it. Almost 1000 upvotes.

One answer is about half my all-time views.

At first I was delighted, then I became despondent. How was it that one of my easiest to write, fluffy, most meaningless answers trumped all my most thought-provoking posts?

None of my other answers have cracked 10,000 views yet. I found that depressing.

My gems are seen by many fewer viewers. It’s stupid stuff like What is the most unreasonable speed limit that gets views.

I know what is most important to me.

My own original insights into the world. Like my travels in Papua New Guinea.