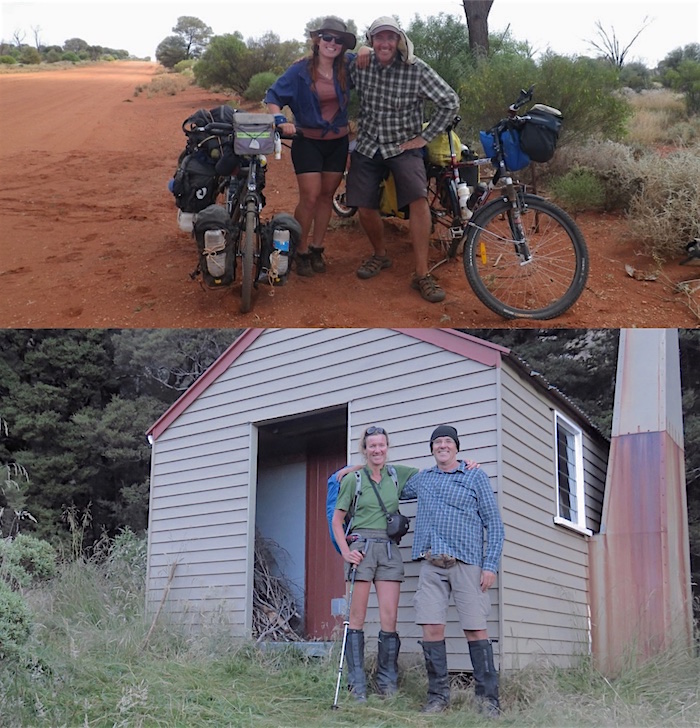 2 women on a parallel path

Back in October 2011 after various correspondences via the internet I finally met up with, Mirjam Wouters, a Dutch woman who had cycled from Europe to Singapore, then arrived in Darwin just as I was setting out from Melbourne on my own bicycle journey west, documented in my e-book Heading West.

I was on the minimally trafficked 1100 km of dirt “highway”, in an obscure spot somewhere between Tjukayirla Roadhouse and the small Indigenous township of Warburton on the Great Central Road. For those unfamiliar with Australian geography the GCR is a direct road from Western Australia to Queensland via Alice Springs. M is still on the road and having spent time in New Zealand, Iceland and Canada during winter and is currently moving towards Mexico and all points south.

Over summer I finally met up with another extraordinary ex-European woman, Henriette Beikirch, this time in an obscure hut in Kahurangi National Park. I’ve been following her neatly printed name in various hut books for last three years during my extensive wanderings in the New Zealand backcountry. The most recent example of our coincidental names had been at the little visited Ministry of Works Hut at Mackay Downs north of the Heaphy Track.

As chance would happen a tall and somewhat fastidious woman appeared late one evening when I was contemplating another solitary evening in a remote hut. Henry popped in after a big, most would say huge, day. Zipping down Sunrise Ridge off Mount Owen, a short car trip, and then the decent, officially nine hour, walk up the 1000 Acre Plateau to Larrikin Creek Hut.

Two people entirely relaxed in their solitude, and each following a path that is somewhat parallel to my own.